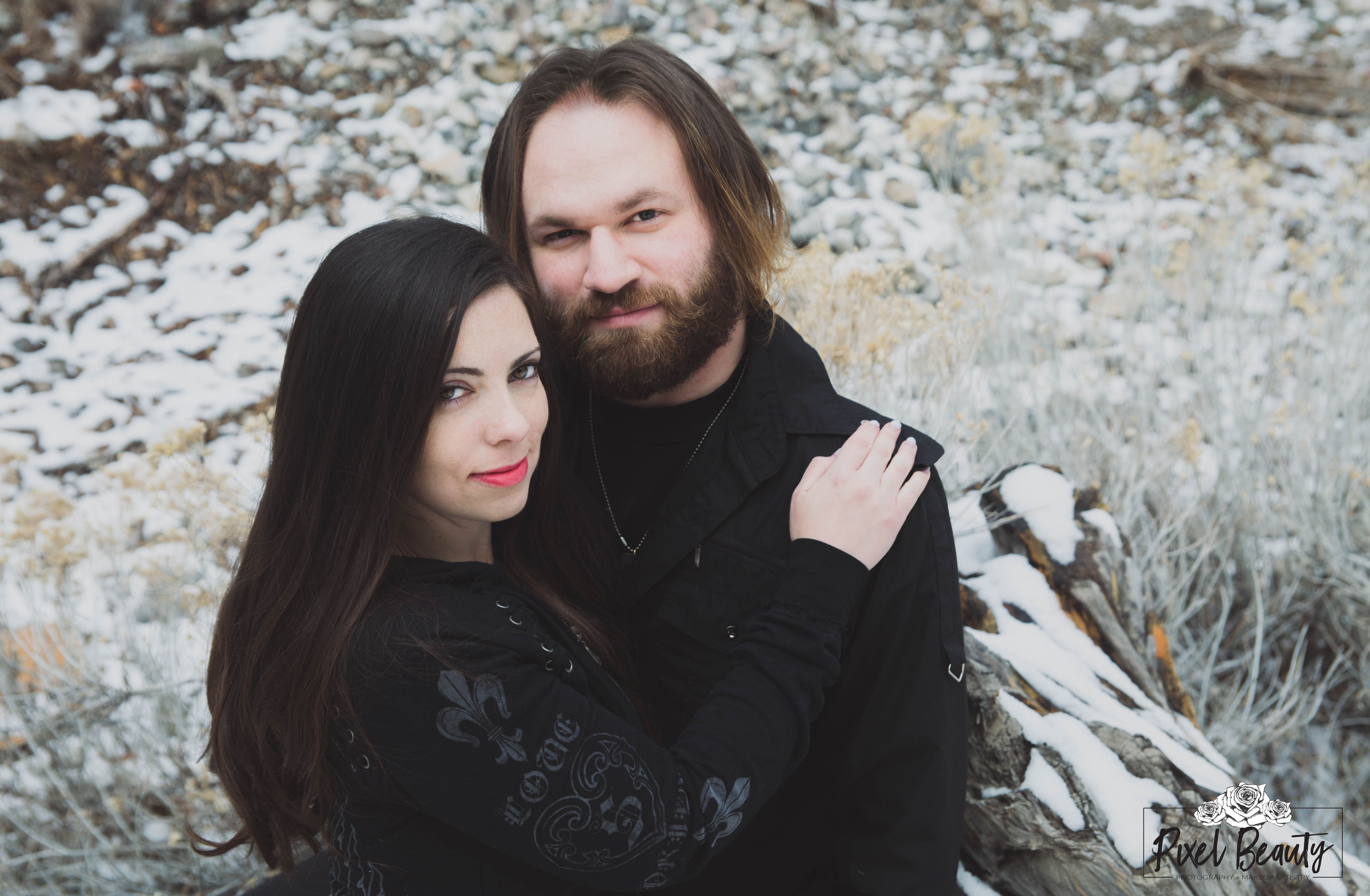 I photographed Jon and Niki’s engagement session at Mt. Charleston, NV. These two braved the cold with me and their photographs turned out amazing! We even had some light snowfall! The chemistry and interaction between these two was a dream! You could easily tell how much they love each other. Every time I told them to kiss, they would kiss like it was their first time. Actually, they told me that is how they always feel anyway doing so! They weren’t afraid to be silly with each other and had so many laughs together.

Niki & Jon’s love story may seem right out of a Disney movie (or in this case, their home of Las Vegas, NV). In Jon’s words, it’s even better than a Disney movie. A tale as old as time. Any hints to what this story can relate to? A dark-haired beauty? A rock n roll beast? 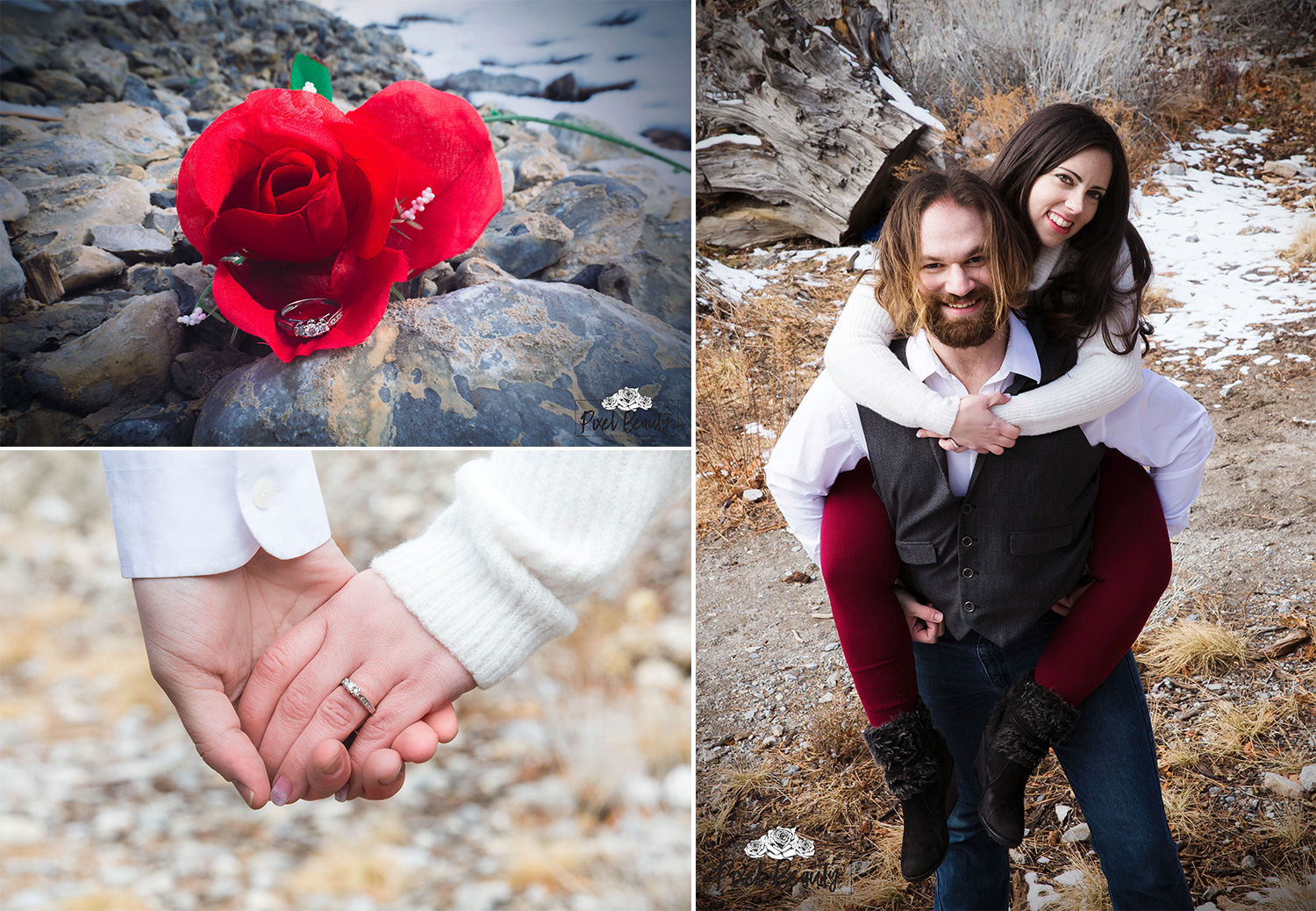 Jon & Niki met at a local Las Vegas music venue. Jon was rocking the stage with his guitar and saw Niki there. He noticed she looked absolutely stunning but that was as far as things went until some time later.

Fast forward to May 2015. The conversations between them became more frequent. Maybe there was something there that wasn’t there before? (Gotta love the puns. Thanks, Jon, haha). Jon ended up asking her out to dinner and she said YES! The food choice was pizza. You know things will go extremely well over pizza. They would start to see each other at least a few times a week. They never ran out of things to talk about. 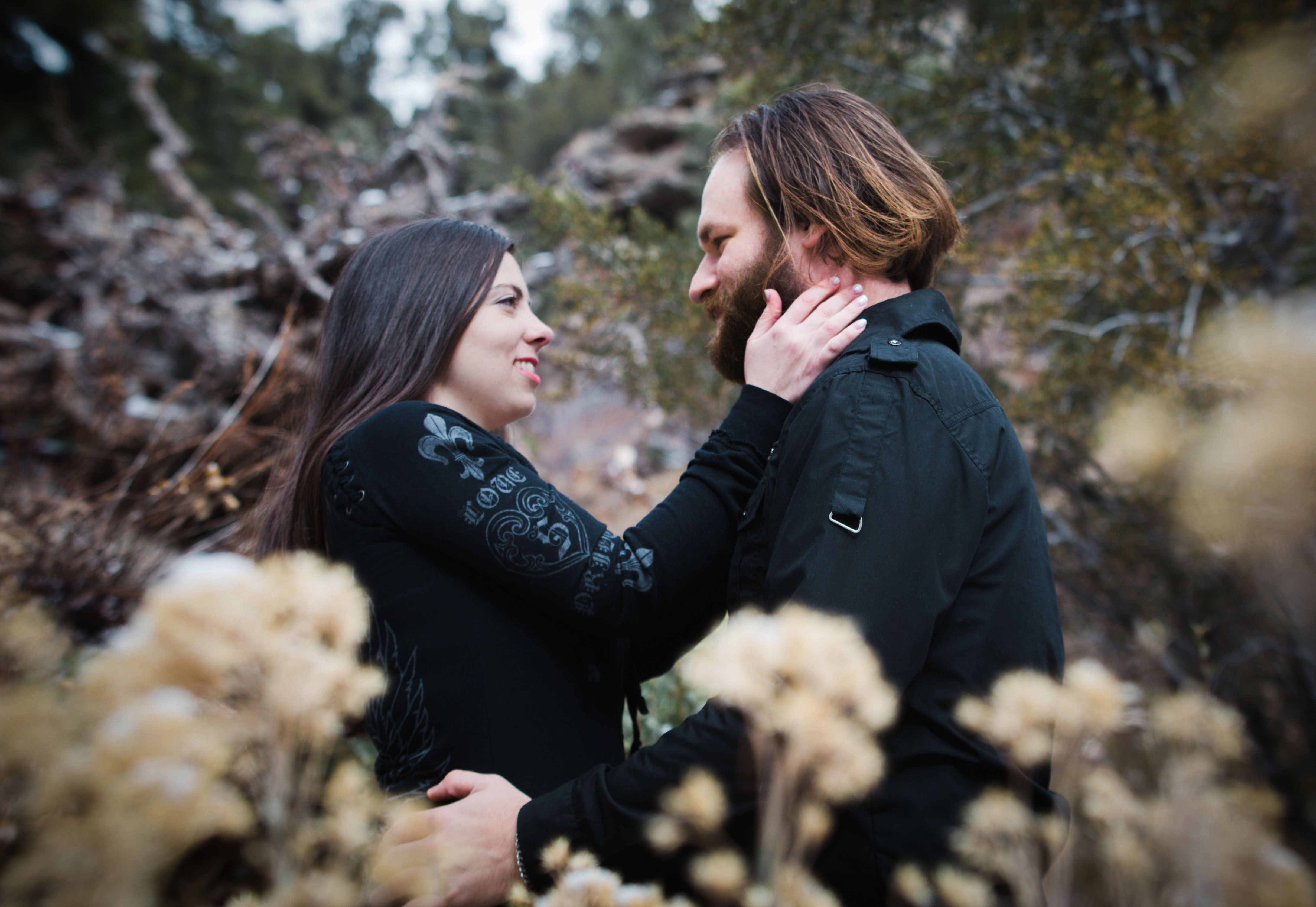 Four months later, Jon told Niki he loved her. She felt the same.

After a year and a few months together, Jon began to think of the next move. He knew he wanted to spend the rest of his life with Niki. In October 2016, Jon finally got down on one knee and proposed to Niki. She was incredibly shocked but of course, said yes! He found his beauty and she found her beast.

On April 22, 2018, these two lovebirds are making it official celebrating with close family and friends.

“Niki showed me the true power of love. That love carried me out of the darkness and back into the light, where I, and we, now reside and plan to stay for the rest of our lives.  Life is always going to have its ups and downs, that’s a fact. With a love like ours though, we’re going to live happily ever after, regardless of what life might throw in our direction.” -Jon

Jon & Niki, from the bottom of my heart, thank you for this amazing opportunity and trusting me to capture a special milestone in your life.  Jon and I have been friends since 2011/2012 and I have never seen him so happy. I can’t wait to celebrate with you guys in April!

Christina is amazing and very professional! She has done shoots for my salon including our Bald for Bucks event. I... View Full

Christina is amazing and very professional! She has done shoots for my salon including our Bald for Bucks event. I was so pleased with her work! Thank you Christina!
https://pixelbeautyphotography.com/testimonials/ilianna/

I just wanted to thank you so much for the fantastic job you always do on my make up. You're... View Full

I just wanted to thank you so much for the fantastic job you always do on my make up. You're always able to create the look that I want, and even looks that I never thought would suit my style. I've learned a great deal from you and you're always there to provide beauty tips for me. You really make me look beautiful; so thank you!
https://pixelbeautyphotography.com/testimonials/milica/

Christina did our engagement shoot last year, and we could not have been more pleased with how the photos turned... View Full

Christina did our engagement shoot last year, and we could not have been more pleased with how the photos turned out! She was super attentive and executed our vision well, and she was very patient throughout the whole process. She was even a pro at dealing with our rambunctious dog, who was also part of the shoot. We're so glad we picked her to capture our pre-wedding memories. Christina, you rock!
https://pixelbeautyphotography.com/testimonials/karla-and-martin/
0
Pixel Beauty

This error message is only visible to WordPress admins